Next month’s Night Owls event will also include the Chamber’s Annual General Meeting. 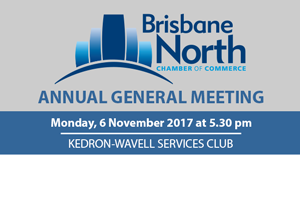 Official notice of the meeting can be found here.

The AGM agenda will include a briefing for members on the chamber’s achievements over the past year as well as an update on the many exciting initiatives BNCC has planned for the next 12 months.

Members can also participate by helping to select the new Executive Committee.

Half the current Executive Committee must retire from office at the AGM. However, these members are eligible, upon nomination, for re-election.

The committee would also like to acknowledge the hard work of our outgoing members:

Eight committee positions are open for election at the AGM and the following nominations have been received.

Finally, if you can’t make the meeting, there’s an opportunity to nominate a proxy to vote on your behalf. You can find the proxy form here.